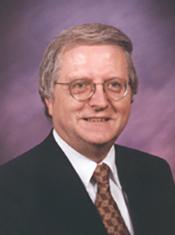 Donald Connelly begins by discussing his educational background, including his early interest in biomedical computing. He describes his first years in the Department of Laboratory Medicine and Pathology including the state of computing in laboratories in the 1970s, the atmosphere of the Department, and his experiences as director of the Laboratory Data Division and acting director of the Outpatient Laboratory. Next, Dr. Connelly discusses his experiences as a Ph.D. student in the Division of Health Computer Sciences. He goes on to describe his early research developing ways to graphically display laboratory data to clinicians, and his subsequent research with Theodore Thompson, MD, to develop a clinical workstation for the University of Minnesota’s Neonatal Intensive Care Unit. He also describes his work developing an automated decision support system for blood bank personnel assessing requests for platelets. Dr. Connelly next discusses the courses he taught in the Division of Health Computer Sciences; the National Library of Medicine Training Grant programs; and the interdisciplinarity and interprofessionalism of health informatics. He reflects upon the leadership of Eugene Ackerman and Laël Gatewood, the challenges each faced due to the lack of strong institutional support for the Division of Health Computer Sciences, and the increased status of health informatics within the University following the establishment of the Clinical and Translational Science Institute. He also discusses his experiences directing the Division of Health Computer Sciences. Dr. Connelly briefly discusses the relationships between the Division of Health Computer Sciences and the Mayo Clinic, the Biomedical Library, and the Minnesota Department of Health. He next discusses work that he has done in the area of electronic health records. Dr. Connelly goes on to discuss the establishment of the Institute for Health Informatics; the directorship of Julie Jacko; and the establishment of the Master’s in Health Informatics. Finally, Dr. Connelly reflects on some of the major changes he has in health informatics observed over his career.