The FASK Algorithm for Cyclic Models, with Applications 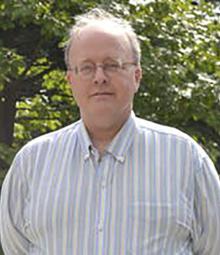 Joseph Ramsey, PhD
Special Faculty
Director of Research Computing
Department of Philosophy Carnegie Mellon University
Bio: Dr. Ramsey earned his PhD in Philosophy at the University of California at San Diego, with an emphasis on Cognitive Science. He has worked on many grant-funded projects, beginning with work for NASA Ames on detecting carbonates in rocks using mineral spectra, using a causal algorithm, then on software for natural deduction, and several projects applying causal research to practical scientific problems in various domains, including cell biology, wildfire analysis, and causal analysis of fMRI time series, to give a few. Since 1998 he has been the lead developer on the TETRAD projects, an open source project for causal analysis, where he has designed and implemented many causal search algorithms, several of which have come to be used in the scientific community. He is currently on the Philosophy faculty at Carnegie Mellon University as Director of Research Computing, where he's been since 1998.
Recording link: Recording

Synopsis: In this talk, a novel algorithm, FASK ("Fast Adjacency Skewness"), will be discussed, which addresses problems with skewed variables where there may be cycles arbitrarily situated throughout the model. The cycles may either be tight, involving only two variables, or longer cycles involving many variables. Some theory for the algorithms will be discussed, followed by applications to three different domains: (a) fMRI causal modeling, (b) single-cell cytology causal modeling, and (c) simulated diffusion and advection in climate models.