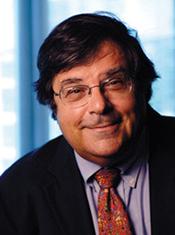 Frank Cerra was born in Oneota, New York in 1943 and grew up in Worcester, New York. He completed his bachelor’s degree in 1965 at the Binghamton University - State University of New York (SUNY), his medical degree at Northwestern University Medical School in 1969, and his residency at SUNY Buffalo. Dr. Cerra became a professor of surgery (1975) and a professor of biophysics (1980) at SUNY Buffalo. He also held attending staff and leadership positions at Buffalo General Hospital, Buffalo Veterans Administrations Hospital, and Erie County Medical Center. He was recruited to the University of Minnesota in 1981 to initiate the surgical Intensive Care Unit service and Surgical Nutrition Service. He served as chair of the Department of Surgery from 1993 to 1995 and Dean of the Medical School in 1995. He became Provost (the position was later renamed Senior Vice President) of Health Sciences in 1996 and again became Dean of the Medical School when the positions of Senior Vice President and Dean were merged in 2008. He retired from the University in 2011.

In this excerpt from part two of a three-part interview for the Academic Health Center Oral History Project, Dr. Cerra discusses the events leading to the establishment of the Institute for Health Informatics.