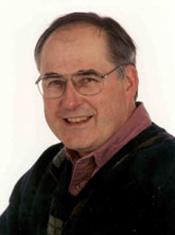 Marty LaVenture begins by discussing his educational background in public health, epidemiology, and health informatics. He describes his experiences working as an assistant state epidemiologist in Wisconsin where he was in charge of developing information systems for disease surveillance. During his time in Wisconsin, LaVenture worked with Epic Software to develop online disease surveillance systems. In the late 1980s, LaVenture returned to the Twin Cities and joined the Minnesota Department of Health (MDH). LaVenture describes the work he did at the MDH in the late 1980s and early 1990s first, establishing a cancer surveillance system, which involved several collaborations with Laël Gatewood, Ph.D. at the University of Minnesota, and second, developing immunization registries in Minnesota, also in collaboration with health informaticians at the University.

LaVenture discusses experiences pursuing graduate studies in the Division of Health Computer Sciences (DHCS) as a National Library of Medicine Fellow during the mid-1990s while working at the MDH. As part of this he discusses developing an early interest in informatics during his graduate studies in epidemiology at the University of Minnesota in the 1970s. LaVenture goes on to discuss the status of informatics within epidemiology and public health during the 1970s and 1980s –in Wisconsin, Minnesota, and nationally. He describes the significant work of Denton Peterson at MDH in the late 1980s and early 1990s in the nascent field of public health informatics. In particular, LaVenture discusses Peterson’s work on the simulation of epidemic diseases in which he collaborated with the DHCS’s National Micropopulation Simulation Resource (NMSR). LaVenture also discusses his own work with the NMSR on the simulation of measles outbreaks and vaccination transmission.

LaVenture continues discussing his experiences as a graduate student in health informatics, highlighting the challenges of balancing his studies with holding fulltime positions with increasing responsibilities at MDH. He next describes developing an informatics capacity at MDH and the increasing role of health informatics within MDH and public health more generally. For the remainder of the interview, LaVenture describes in detail the development and implementation of Minnesota e-Health and the involvement of the Institute for Health Informatics’ (IHI) faculty in that initiative. Next, LaVenture discusses his role as a core faculty member in first the DHCS and subsequently the IHI. LaVenture concludes the interview by offering his thoughts on the major changes he’s observed in the health informatics graduate program and in the field more generally during his career.

Martin (Marty) LaVenture received his BS in Natural Science from St. John’s University in Collegeville, Minnesota in 1973, and a Masters in Public Health in Epidemiology in 1976 and Ph.D. in Health Informatics in 2004 from the University of Minnesota. From 1976 to 1978, Dr. LaVenture served as epidemiologist and surveillance coordinator in the Immunization Program Section of the Minnesota Department of Health. In 1978, Dr. LaVenture joined the Wisconsin Division of Health in Madison, where he held the position of assistant state epidemiologist and communicable disease coordinator until 1987. Between 1987 and 1990, he served as director of the Cohort Public Health Division of Epic Systems Corp., in Minneapolis where he worked as a developer of software systems for health information management. In 1990, Dr. LaVenture returned to the Minnesota Department of Health where he held the position of supervisor, Immunization Assessment and Registries Unit in the Division of Disease Prevention and Control. From December 1995 through December 1997, he served as manager, Acute Disease Prevention Services Section in the Division of Disease Prevention and Control. Since December 1997, Dr. LaVenture has served as Director of Health Informatics and since 2009 he has served as Director of the Office of Health Information Technology and e-Health at the Minnesota Department of Health. As part of this, he leads the statewide Minnesota e-Health Initiative, a public-private collaborative chartered in 2004 to advance health information technology adoption and use in Minnesota.