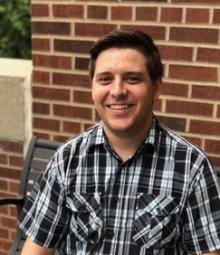 As part of the NLP/IE group, Ben works on the development of NLP systems, components, and tools. His primary ongoing project is the continued development and maintenance of BioMedICUS (BioMedical Information Collection and Understanding System), which he has worked on since 2014. His research interests include the creation of tools to assist researchers and the application of machine learning and statistical methods to solve NLP problems.

Ben graduated in Fall 2012 from the University of Minnesota Twin Cities with a Bachelor of Science in Computer Science. He began working as a Research Developer at the University in 2013, first in the College of Pharmacy and now at the Institute for Health Informatics. His research support projects have included web applications, mobile apps, and servers written using a variety of languages and frameworks.