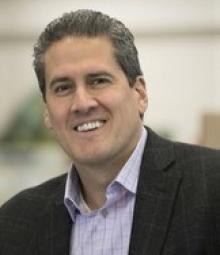 David Largaespada, PhD, is a full professor in the Departments of Pediatrics and Genetics, Cell Biology, and Development and the Associate Director for Basic Research in the Masonic Cancer Center at University of Minnesota. He is an authority on mouse genetics, gene modification, and cancer genes. He received his BS in Genetics and Cell Biology from the University of Minnesota, Twin Cities in 1987 and his PhD in Molecular Biology with Dr. Rex Risser at the University of Wisconsin-Madison in 1992. He did a post-doctoral fellowship at the National Cancer Institute working with world-renowned geneticists Dr. Nancy Jenkins and Dr. Neal Copeland, where the Leukemia and Lymphoma Society of America awarded him a post-doctoral fellowship. He joined the faculty of the University of Minnesota in late 1996. Dr. Largaespada currently holds the Hedberg Family/Children’s Cancer Research Fund Chair in Brain Tumor Research. He was awarded the American Cancer Society Research Professor Award in 2013, the highest award given by the ACS.

PhD in Cellular and Molecular Biology, University of Wisconsin-Madison

Dr. Largaespada's laboratory is working to exploit insertional mutagenesis, and other functional genomics methods (e.g. CRISPR/Cas9) to identify and understand genes and pathways that govern cancer cell behavior. The Largaespada lab pioneered the use of a vertebrate-active transposon system, called Sleeping Beauty (SB), for insertional mutagenesis in mouse somatic cells. SB is being used as a tool for forward genetic screens for cancer genes involved in sarcoma, hepatocellular carcinoma, and mammary, gastro-intestinal tract and NF1 syndrome-associated nervous system cancers. A special emphasis of this work is on genes that promote metastasis or govern treatment sensitivity. Also, novel mouse models are being used for preclinical evaluation of new drugs and drug combinations for cancer treatment.

The identity of the mutations and other changes that drive the development of cancer must be determined for developing molecularly targeted therapeutics. Studies on human cancer exon re-sequencing suggest that a large number of mutations are present in breast and colorectal tumors (Sjoblom et al., Science, 2006). But, the identification of those changes that are selected for is going to be difficult because the number of “passenger” alterations not selected for during tumorigenesis is very large. The human cancer genome project promises to help reveal the typical landscape of genomic changes in human cancer, but must be supplemented with complementary large-scale approaches for functional validation of targets and genetic screens that can identify cancer gene candidates. The Largaespada lab has developed approaches, using the SB transposon system, which can meet these needs. They have shown that SB transposon vectors can be mobilized in the soma of transgenic mice allowing forward genetic screens for cancer genes involved in sarcoma and lymphoma/leukemia to be performed in living mice (Collier et al., Nature, 2005; Dupuy et al., Nature, 2005). The system requires creating mice that harbor both a transposon array of the insertionally mutagenic SB vector, T2/Onc, and express the transposase enzyme in the target somatic tissue. If transposition can induce cancer, then tumor DNA is studied by cloning insertion sites. These insertion sites are analyzed and one looks for T2/Onc insertions at reproducibly mutated genes, called common insertion sites (CIS). The system has now been altered so that tissue-specific transposon mutagenesis for cancer gene discovery in various organs can be accomplished. In one illustrative project mice harboring mutagenic (SB) transposons were crossed to mice expressing SB transposase in gastrointestinal tract epithelium (Starr et al., Science, 2009). All mice developed intestinal lesions including intraepithelial neoplasia, adenomas, and adenocarcinomas. Analysis of over 95,000 transposon insertions from these tumors identified 77 candidate gastrointestinal tract cancer genes. These genes were then compared to those mutated in human cancer, including colorectal cancer (CRC), or amplified, deleted or misexpressed in CRC, which allowed us to generate an 18 gene list that is highly likely to contain driver mutations for CRC. These genes include many of the most commonly known genes mutated in human CRC, such as APC, BMPR1A, SMAD4 PTEN, FBXW7, DCC, MCC, in addition to several novel CRC candidate genes that function in pathways widely expected to participate in CRC such as the proliferation, adhesiveness and motility of epithelial cells. Similar work has revealed drivers for hepatocellular carcinoma development (Keng et al, Nature Biotech, 2009). These studies demonstrate the power of transposon-based mutagenesis when combined with human studies for identifying the driver mutations that cause cancer. Similar results are accumulating for hepatocellular carcinoma, brain tumors, sarcomas and several other types of cancer.

Dr. Largaespada is also using mouse models of murine leukemia virus induced acute myeloid leukemia (AML) to identify and characterize genes that have a role in leukemia progression after disease is initiated by mutations relevant to human AML. This work also includes genetic studies of myeloid leukemia chemotherapy resistance and relapse. AML is the most common adult leukemia. It is clear that genetically defined subsets of AML have varying prognoses. AML frequently harbor chromosomal translocations that create fusion oncoproteins that act as transcription factors or constitutively active kinases. These fusion genes are thought to be insufficient, by themselves, for AML induction. Instead, secondary mutations cooperate with them to produce AML. The full set of cooperating mutations and their usefulness as therapeutic targets are important unknown quantities. The lab is exploring these questions by using MuLV mutagenesis in mice carrying specific human translocation fusion oncogenes known to play a role in human AML. The lab has developed MuLV-accelerated models of AML initiated by expression of the MLL-AF9 and AML1-ETO fusion oncoproteins (Bergerson et al., In Preparation; Yin et al., In Preparation). We have cloned 4,731 unique proviral insertions from 89 MuLV accelerated Mll-AF9/+ leukemia and 79 control MuLV-induced leukemia. Preliminary analysis reveals ~90 common insertion sites with many showing strong bias for Mll-AF9+ leukemias. Comparisons to expression microarray data on human AML with MLL gene translocations are in progress. These data may help to distinguish between genes that are direct targets of MLL-AF9, those that are a cause of AML development and those that cooperate with MLL-AF9 to induce AML.

In another area of AML research, we have sought to address the role of the activated NRAS oncogene in AML maintenance. We therefore developed Vav-tTA (expressed in hematopoietic cells) and TRE-NRASG12V transgenic lines in FVB/n mice. Interestingly, the doubly transgenic Vav-tTA plus TRE-NRASG12V mice developed a myeloproliferative disease very similar to human aggressive systemic mastocytosis (ASM) without other detectable hematopoietic tumors (Wiesner et al., Blood, 2005). To determine the ability of NRASG12D to cooperate with a fusion oncogene encoding an altered transcription factor we created triple transgenic Vav-tTA; TRE-NRASG12V; Mll-AF9 lines in C57BL/6J X FVB/n F1 mice. AML were obtained in triple transgenic mice. When we transplanted triple transgenic Vav-tTA; TRE-NRASG12V; Mll-AF9 AML into SCID mice we found that doxycycline (DOX) treatment via the drinking water could prevent AML engraftment or eliminate AML cells after letting them grow to full-blown leukemia in recipients. However, at least some of these mice develop DOX-resistant AML, which do not re-express the NRASG12V (Kim et al., Blood, 2009). This suggests that RAS oncoproteins may be good therapeutic targets, even in complex tumors induced in cooperation with another strong oncogene. The mechanisms for oncogene addiction are not clearly understood. We are currently exploring the mechanism of AML cell death after NRAS oncogene suppression, the mechanism by which rare AML cells escape death in this context, and interactions between RAS targeted therapies and conventional chemotherapy.

For a comprehensive list of recent publications, refer to PubMed, a service provided by the National Library of Medicine.

View Dr. Largaespada's talk on Finding Therapies for Cancer with No Actionable Mutations