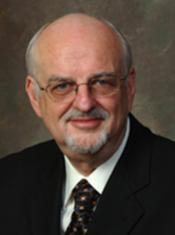 Stuart Speedie received a B.S. in Computer Science (1969), M.S. in Educational Research, Psychological Statistics (1970), and a Ph.D. in Educational Research, Educational Psychology, Statistics and Measurement (1973) from Purdue University, Indiana. After earning his Ph.D., Dr. Speedie took a position as senior associate in evaluation in the Improving Teaching Competencies Program at the Northwest Regional Education Laboratory in Portland, Oregon, a position he held for two years. From July 1975 through January 1996, Dr. Speedie was a faculty member at the University of Maryland. In 1983/1984, he spent a sabbatical year at Stanford University School of Medicine in the Division of Clinical Pharmacology. While at the University of Maryland, Dr. Speedie served as Director of Education at the University of Maryland’s School of Pharmacy from 1975 to 1981; Assistant Dean of Pharmaceutical Informatics at the School of Pharmacy from 1981 to 1991; and Associate Director of the Center on Drugs and Public Policy at the University of Maryland Graduate School, Baltimore from 1989 to 1996. He was associate professor of Pharmacy Practice and Administrative Science from 1980 to 1993 and professor of Pharmacy Practice and Science from 1993 to 1996. In February 1996, Dr. Speedie joined the Division of Health Computer Sciences at the University of Minnesota when his wife, Marilyn Speedie, Ph.D. was recruited to serve as Dean of the University’s College of Pharmacy. In addition to joining the Division of Health Computer Sciences, Dr. Speedie was appointed professor of Laboratory Medicine and Pathology, Director of Health Science Academic Information Systems in the Academic Health Center (from February 1996 to July 1996), and Special Assistant to the Provost of the Academic Health Center for Information Technology, a position he held until the end of 1999. He was then recruited by the Medical School to serve as the school’s Director of Education Informatics, a position he held until July 2007. From 1999 until 2013, Dr. Speedie served as Director of Graduate Studies for the Health Informatics graduate program, and between 2006 and 2008 he served as interim co-Director and then between 2011 and 2013 co-Director (both times with Connie Delaney, Ph.D., RN) of the Institute for Health Informatics.

Dr. Speedie’s research has focused on the impact of health information technologies on patient outcomes, provider perceptions and attitudes, and organizational outcomes. In particular, his research has focused on the impact of technologies of health information exchange, telehealth, and electronic prescribing. He has also been heavily involved in the design of information systems to support clinical research in primary care settings. In 2008, Dr. Speedie was inducted into the American College of Medical Informatics.

Stuart Speedie begins by discussing his educational background and his early career spent first at the Northwest Regional Educational Laboratory in Portland, Oregon, and then at the University of Maryland School of Pharmacy where he served as Director of Education. He discusses his early interest in information systems and technology and his five-year NSF-funded research project on the development of expert systems on the appropriate use of drugs in hospital settings, which he developed during a sabbatical year at Stanford University. He describes his responsibilities disseminating information technology at the University of Maryland and the information systems research he conducted there. Next he discusses his move to the University of Minnesota, his appointment in the Division of Health Computer Sciences and in the office of the Provost of the Academic Health Center, and his role on the Provost’s Reengineering Task Force on Information Technology. He discusses his role within the Division of Health Computer Sciences (subsequently renamed the Division of Health Informatics); his work in telehealth and telemedicine; and his collaboration with Stanley Finkelstein on the use of telehealth technologies in homecare. He next discusses the NLM Research Training in Medical Informatics program. He describes the efforts to establish the terminal Masters in Health Informatics; the influence of different directors—Laël Gatewood, Donald Connelly, Julie Jacko—on the Division and later, the Institute for Health Informatics; his collaborations with Donald Connelly on the impact of health information exchange on patients and hospital emergency departments; the influence of Connie Delaney’s appointment to the Institute for Health Informatics; and the Division and Institute’s long-term relationship with the Mayo Clinic.